At least 950 Muslims and Muslim institutions were attacked in 2017, according to official figures.

There were 950 attacks reportedly on Muslims and mosques in Germany in 2017, according to new government figures.

At least 33 Muslims were injured in the attacks, which included assaults against Muslim women wearing headscarves and attacks against mosques and other Muslim institutions, the Interior Ministry said in its reply to a parliamentary question.

The ministry recorded at least 60 attacks last year that targeted mosques and other institutions of the Muslim community.

In most of the incidents, the perpetrators were far-right extremists, according to the ministry.

Germany, a country of 81.8 million people, has the second largest Muslim population in Western Europe after France.

Among the country’s nearly 4.7 million Muslims, 3 million are of Turkish origin. Many of them are second or third-generations of Turkish families who migrated to Germany in the 1960s and are well-integrated.

The EU’s largest economy has witnessed growing Islamophobia and hatred of migrants in recent years triggered by propaganda from far-right and populist parties, which have exploited fears over the refugee crisis and terrorism. 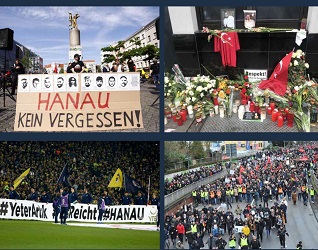