"17 Thousands of 150,000 International Students in Turkey are Recipients of YTB Scholarships"

President of the Presidency for Turks Abroad and Related Communities (YTB) Eren said: "17,000 recipients of YTB scholarships out of 150,000 international students are continuing their studies in Turkey." 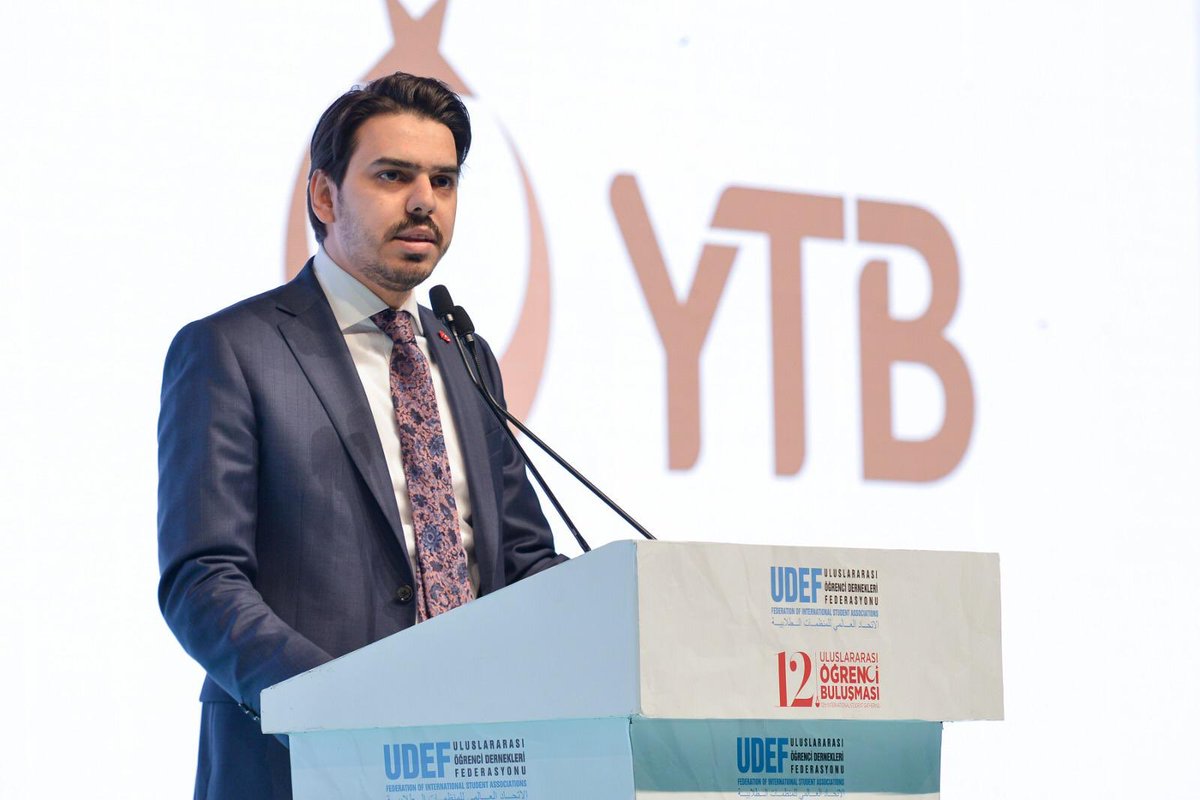 "12th International Students Meeting Final Program" was organized by the Federation of International Student Associations (UDEF) with the cooperation of Anadolu Agency (AA) as the Global Communication Partner. The event having the theme of "Just World from East to West" saw the participation of numerous international students receiving education in Turkey.

Speaking at the event, Abdullah Eren underlined that international students are very familiar with YTB since the Presidency has been conducting a comprehensive scholarship project of "Türkiye Scholarships" since 2011.

Pointing out that 150,000 international students coming from 203 countries have been studying in Turkey, Eren added: 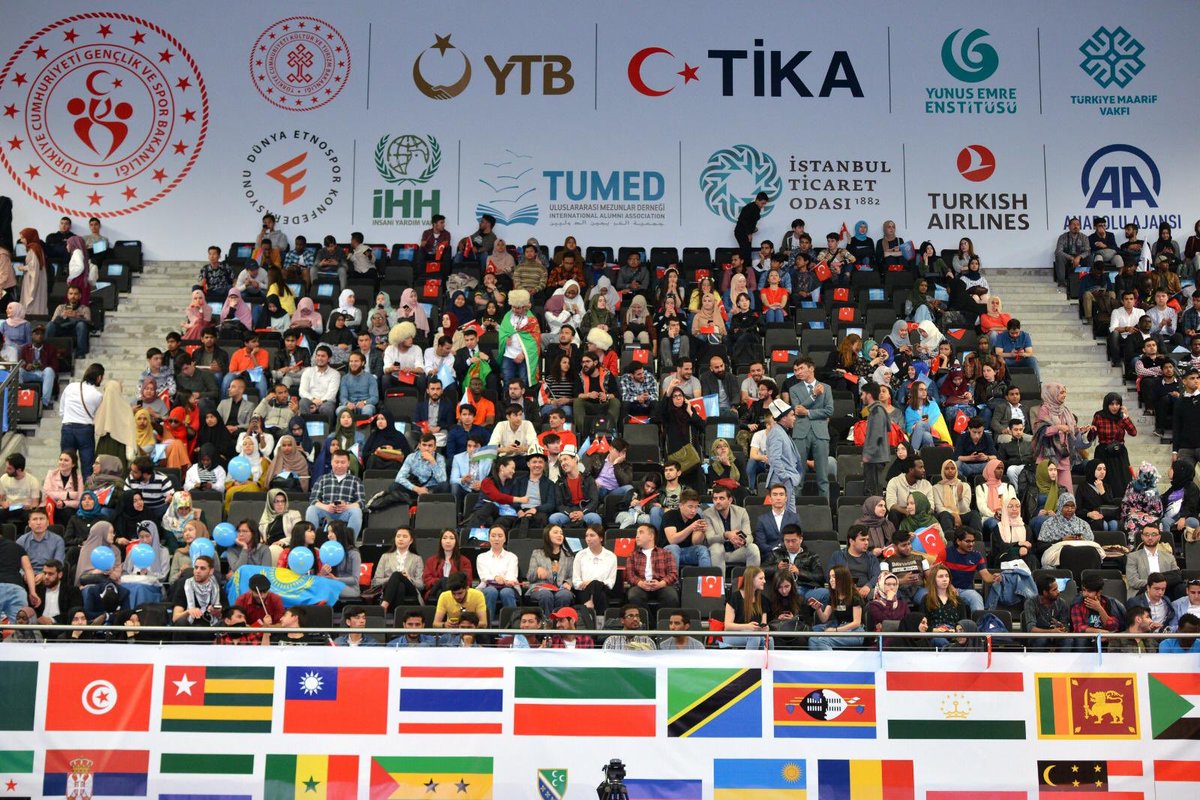 Stressing that the slogan "Just A World from East to West", which is the theme of the student meeting, is a very righteous discourse, Eren said:

"All the efforts exerted has been paid.  Through these activities of our presidency, we want to realize works on policies of Turkish Republic State regarding international students. These works include striving for a more just world.  We are tasked with working, success would come from Allah.  The great poet of Turkish literature, Necip Fazil explains this very elegantly in his poem which reads as: "Sow seeds; if it doesn't yield, let the soil be ashamed. If spear doesn't reach the target, let the spear be ashamed. Oh, great noble horse! You care only for running. If you collapse, let your mare be ashamed”.  All of these works point the remarks of our President in the U.N. saying that "World is bigger than five"... All of them are examples of the seeds that are planted.  All of you receive education across 81 provinces of Turkey. These are the spears thrown to the target. We, as YTB, also back non-governmental organizations for such programs." 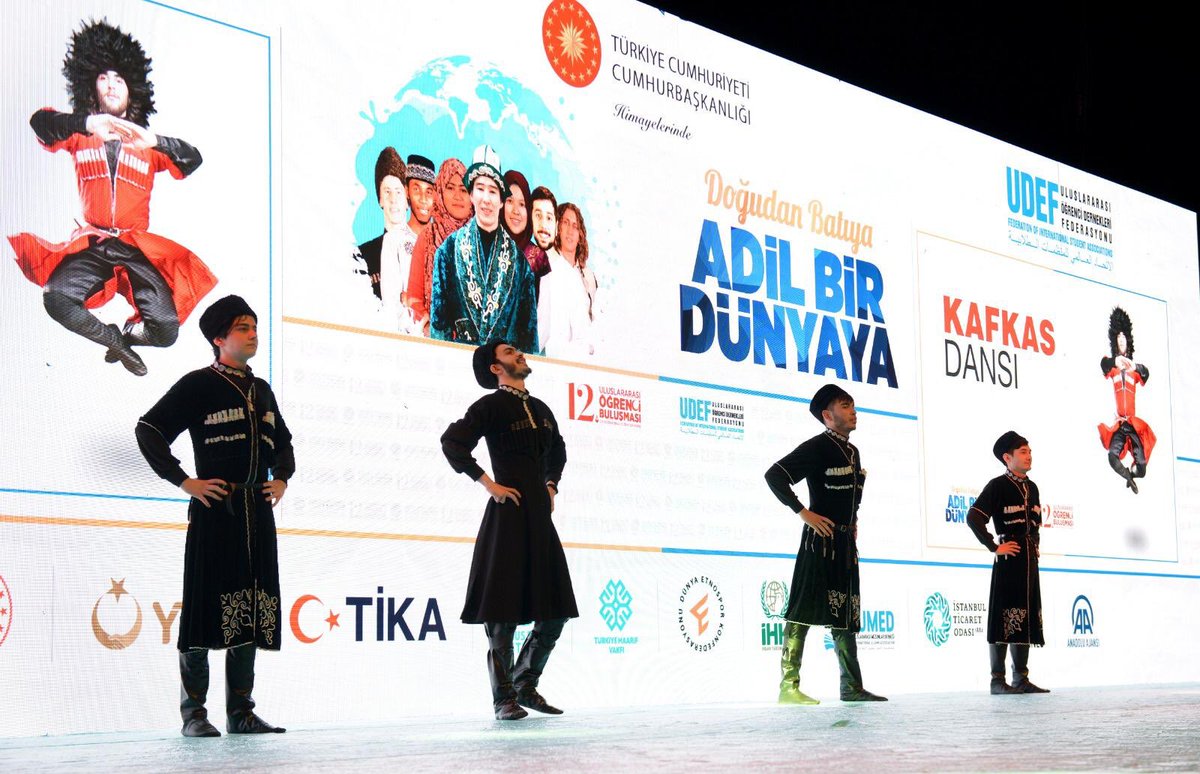 Emphasizing that YTB wants to both increase the number of students on scholarship and the scholarship opportunities, Eren urged students to study hard and keep their grades high.

UDEF President Mehmet Ali Bolat indicated that they organized student meetings in 51 countries and 91 cities with the motto of "Just A World from East to West" under the auspices of the presidency. He added that they have been holding such student meetings to display how Turkey has become an education base for 12 years.

Applications Open for Turkey's Int’l... 17 January 2021
We No Longer Want to Share Our Sovereignty... 06 January 2021
Turkey’s YTB Provides Surgery Courses for... 01 January 2021
E-Newsletter Member Become an e-newsletter member to be informed about innovations and developments